Ensuring That Internet Reviews Are Fair 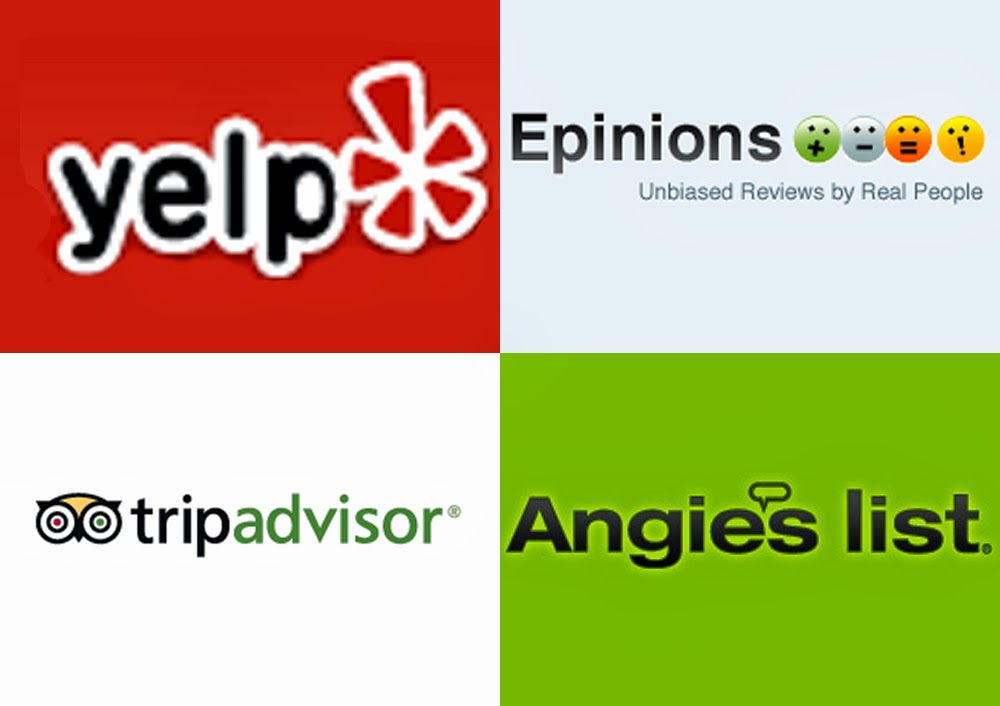 First up, in the interests of full disclosure, let me say I was harassed on Amazon and by email by a malicious reviewer/troll. I discovered a series of fake one star reviews on other peoples books and when I pointed that out on an authors forum, she turned her attention to me. It took A LOT of emails to amazon to get her reviews removed, despite proof in the form of emails, her IP address and the threats from her email, proof that she was selling good amazon reviews on Fourrer not to mention, her own review account’s extremely suspect behaviour. It wasn’t so much a case that her review dragged down my average rating, they didn’t by any a noticeable amount, it was that someone had threatened and harassed me, and Amazon just wanted to ignore it. It wasn’t right that she be allowed to get away with it (which is why I brought her to the attention of other authors she had targeted) and considering the abundance of evidence I provided, it should not have been as hard as it was to get her malicious reviews taken off.

Feel free to go read that saga if you’re up for it but it isn’t necessary for this post.

It’s because of this incident that I’ve given this subject (how to ensure that reviews are fair, without a knee jerk reaction) a lot of thought.

You’ll see some of my earlier ideas in the comments of that thread. None of those were perfect (and this probably isn’t either) but I believe it’s the best option to ensure fairness for all parties, ie, reviewers, as well as the people, products and businesses being reviewed. 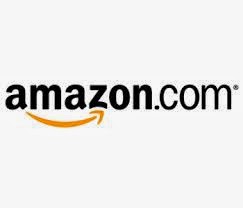 Online reviews are a hot topic at the moment. People like Anne Rice are pressing for reviewers not to be allowed to be anonymous on sites like Amazon, while reviewers on Trip Advisor are being sued personally, for leaving bad reviews about establishments.

So what’s the answer?

There are a few things first that we have to admit before we can have a reasonable discussion about this.

1) People do leave fake malicious reviews. Sometimes to get back at an ex (or his new partner in one case i read of), because of a grudge or vendetta, or just because they're trolls. 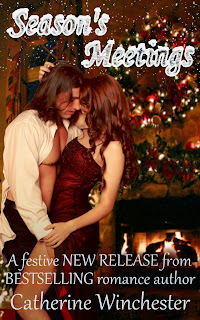 Time for another sample! Curl up on these cold winter nights with a delightful romance.

Unable to face Christmas with her family and the famous sister who stole her fiancé, Annie Powell books into a remote cottage in the Scottish Highlands.

Mac Hartman isn’t looking forward to the holidays either but when Annie turns up on his doorstep, he is instantly attracted to her.

In the beautiful, snow-covered mountains, love blossoms and what could have been a miserable experience, becomes a fairy-tale. But all fairy-tales must come to an end and real life doesn’t have happy ever afters.

Can their budding romance survive Annie’s fears, and her seductive sister, who seems determined to steal Annie’s happiness?

Season's Meetings is a fantastic festive read, to warm you up on those cold winter evenings.

Chapter One
Read more »
Posted by Cat Winchester at 19:16 No comments:

Some Important Female Scientists That You've Probably Never Heard Of


In my last post I discussed how and why Damaris's character was formed. In this one, I'll introduce you to a handful of the women scientists who helped me create the intellectual side of her. She is not based on any one person here and indeed, many have little in common with her, but are nevertheless worthy of being remembered for their contributions to science. 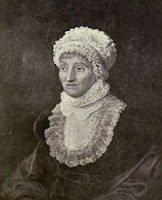 Caroline Herschel came to England from German in 1772, to run her brother’s house for him. When her brother took an interest in Astronomy, Caroline followed and helped him make observations and build telescopes, becoming a renowned astronomer in her own right. She was the first woman to discover a comet and discovered 8 in total, and she had her work published by the Royal Society. She was also the first British women to be paid for her work, when her brother convinced his patron to pay her an annual wage.

By the time of her death at age 97 in 1848 she had received many honours, including a gold medal from the Royal Astronomical Society and between them, she had her brother discovered 2,400 new stars.

Read more »
Posted by Cat Winchester at 10:30 No comments:


When writing Her Saving Grace, I was prepared for a backlash from the historical puritans (which so far, hasn’t come) but it might surprise many people to know that the science loving, polymath, Damaris Wellesley, is based on real people. 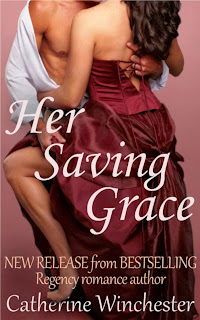 Now when we think women and science, especially the origins of women in science, we perhaps think of Marie Curie, or she would at least be high on our list, but while she was the first woman to win a Nobel Prize, she was far from the first female scientist.

Science didn’t begin as we know it today with structure and form, overseen by teachers, conducting experiments that thousands have done before and if one wishes to pursue a career in science, getting a job working for a profit company, or working for a university and applying for research grants.

Granted, many scientists did teach at universities, but just as many if not more, did not. Science was, to my modern understanding, more what might be considered a hobby. Wealthy men with money, no profession, time and curiosity, set up rooms or laboratories and thought about stuff, then set about devising ways to prove the conclusions that had come to. They dabbled in science, almost. The gifted could also be supported by scientific institutions or wealthy patrons, although they were most certainly middle class, or raised and educated by a charitable institution.

Read more »
Posted by Cat Winchester at 17:14 No comments: 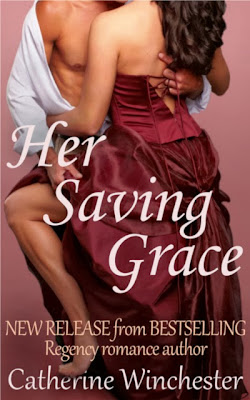 Countess Damaris Wellesley has suffered more loss in her 25 years than most people suffer in a lifetime and to protect her shattered heart, has closed herself off from Society and taken refuge in her books. When the remains of her long missing father are discovered though, she is determined to see justice for him and ventures out into the world once more.

As Justice of the Peace, Nathaniel Copley views it as his duty to discover what befell her late father but she is too wary of his intentions to help.

Thinking him arrogant and superior, she flatly refuses to cooperate with his investigation. Finding her behaviour to be impertinent and abrasive, he tries to dismiss her from his thoughts.

It doesn’t take Nathaniel long to realise that she is something special and worth fighting for but even although she agrees to help him investigate, her heart proves far harder to secure than her help.

Read more »
Posted by Cat Winchester at 05:44 No comments:

There's a few things I'd like to say about Russell Brands Newsnight interview.


1) Jeremy Paxman was not beaten, knocked out or thrashed. The point of Jeremy Paxman is to play devils advocate and make his interviewees prove their policies or point of view. Jeremy Paxman is not Michael Parkinson, he's not there to have a nice chat with famous people. His job is to push them until he gets the answers he wants, even if he actually agrees with their point of view. That's what he did here and he succeeded in getting a very passionate and eloquent Brand talking about his views.

2) Unfortunately, Russell brand doesn't take things from a historical perspective and is passionate, but not particularly informed.

Read more »
Posted by Cat Winchester at 07:42 No comments:


After last weekend's Austen weekend, in one of those odd coincidences, today I had a lecture on Jane Austen Fashion, held at Lauriston Castle. It was my first visit to the castle, which hides itself away in the middle of a council estate, but I think I will be returning for a guided tour of the place.

The talk was given by Julia Soares-McCormick and while I cant claim to have learned anything new, it was lovely to see some new pieces, including underwear. I know for example, that the first knickers (or pants for the Americans) were two individual legs which individually fastened around the waist (The world#s first crotchless panties!). However, I had never before actually seen a pair, not even a picture. Seeing a half corset was great too, and very much like our modern strapless bras today, save that the fact that they lace at the front.

Read more »
Posted by Cat Winchester at 19:55 No comments:

Cat Winchester
Author of three historical novels (Northern Light, What You Wish For and Hope for Tomorrow). I also still write the Past series of vampire novels.